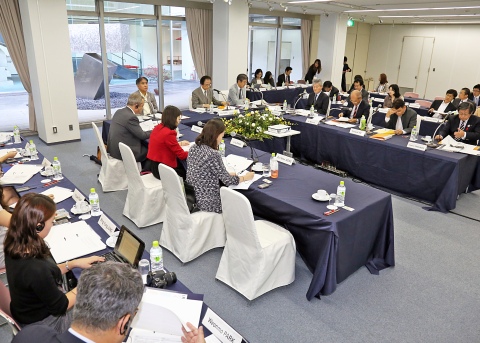 The Third Governing Board Meeting of IRCI was held

The third Governing Board Meeting of IRCI was held on 1st October 2014 at Sakai City Museum. In addition to the Governing Board members, observers from related organisations such as the Ministry of Foreign Affairs, and other C2 Centres of ICH in Chin… 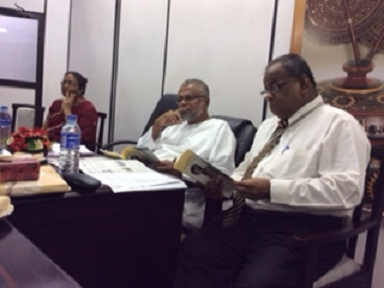 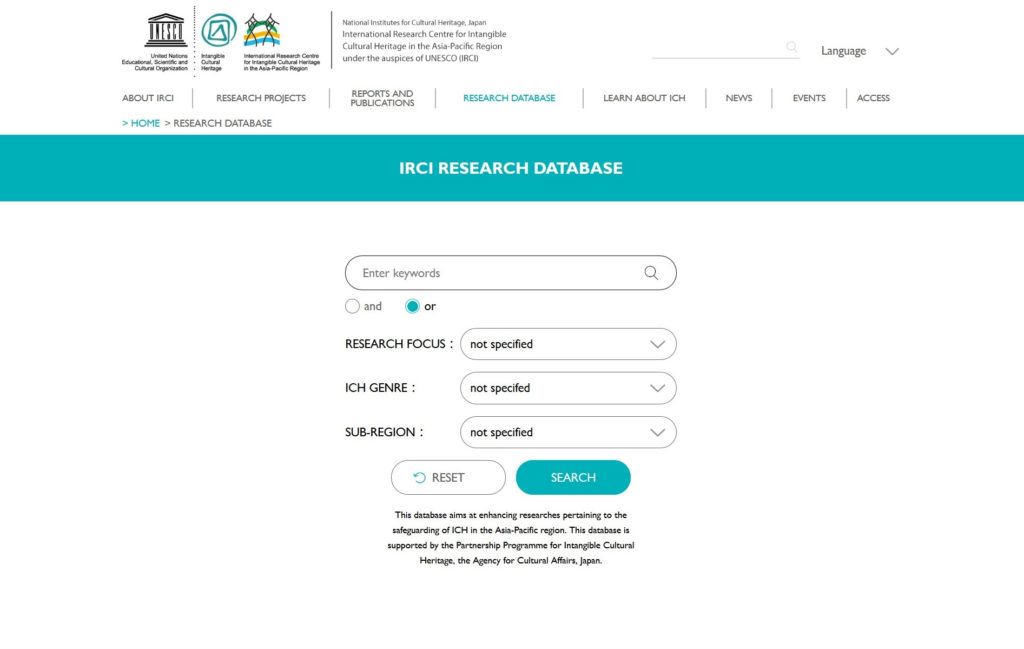 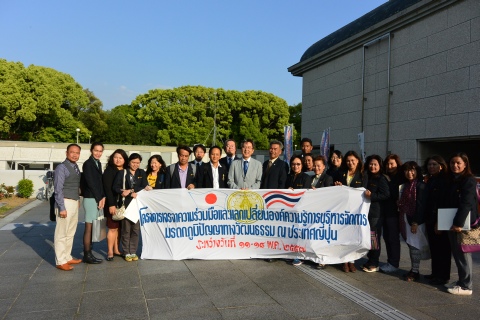 Delegation of the Department of Cultural Promotion, Ministry of Culture of the Kingdom of Thailand paid a courtesy visit to IRCI

The delegation headed by Deputy Director-General, Mr. D. Thongsom, paid a courtesy visit to IRCI on 16th May 2014. IRCI and the delegation shared their activities and discussed the future cooperation between the both parties. 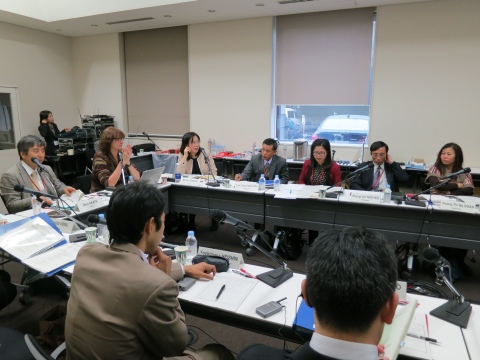 Documentation of ICH as a Tool for Community Safeguarding Activities

IRCI held the “2nd Workshop for Young Film Makers for ICH Video Documentation” at the Tokyo National Museum on 4-6 February 2014. This workshop, which was attended by 10 participants from Asian countries, was a follow-up to the “Workshop on Intangibl… 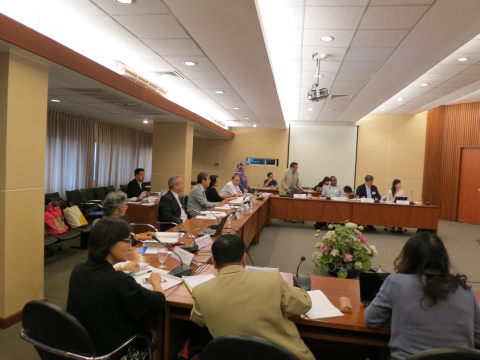 IRCI is conducting the project entitled “Mapping Research for the Safeguarding of ICH in the Asia-Pacific Region” based on the work plan approved by the 2nd IRCI Governing Board Meeting. This project is intended to contribute to the safeguarding of I…

A strong legal system plays an important role in safeguarding ICH. Building an efficient framework to safeguard the heritage is one of the key issues for the governments of developing countries that have difficulty in securing sufficient budgets and … 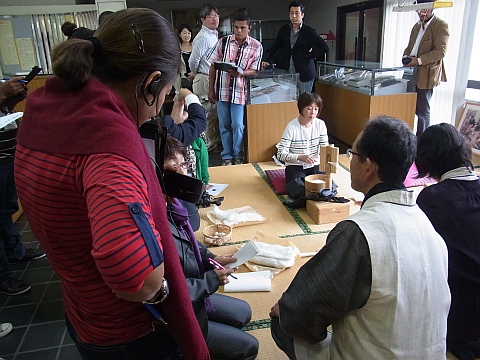 IRCI, in response to a request from the Government of Timor-Leste and UNESCO Office in Jakarta, planned and conducted a study tour on Intangible Cultural Heritages in Japan for government officials from Timor-Leste. This project was not included in t… 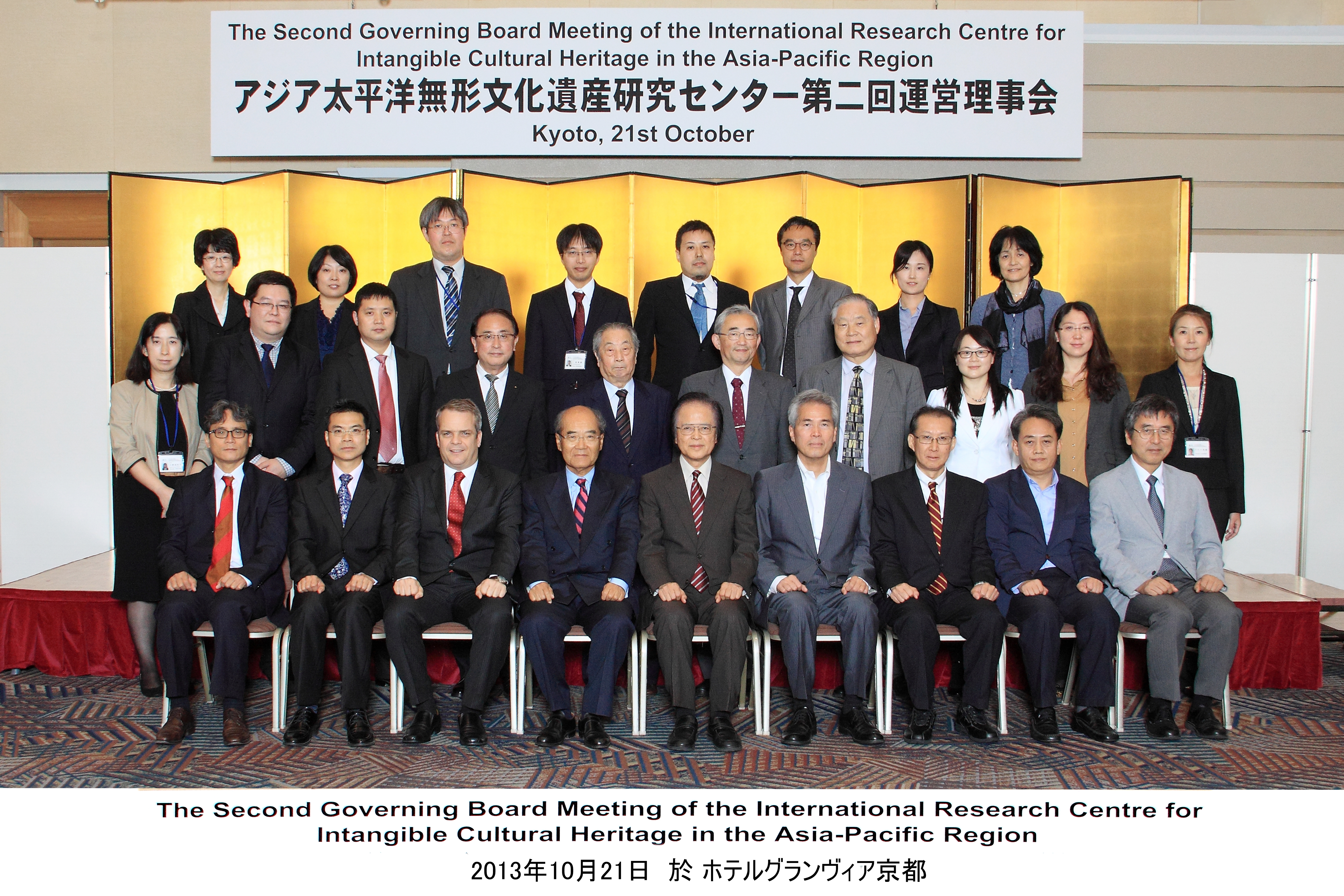 The second Governing Board Meeting was held on 21 October 2013 in Kyoto. The representatives from UNESCO and two of the governments of the Member States of UNESCO attended among the 9 Board Members. Additionally those from Ministry of Foreign Affairs…