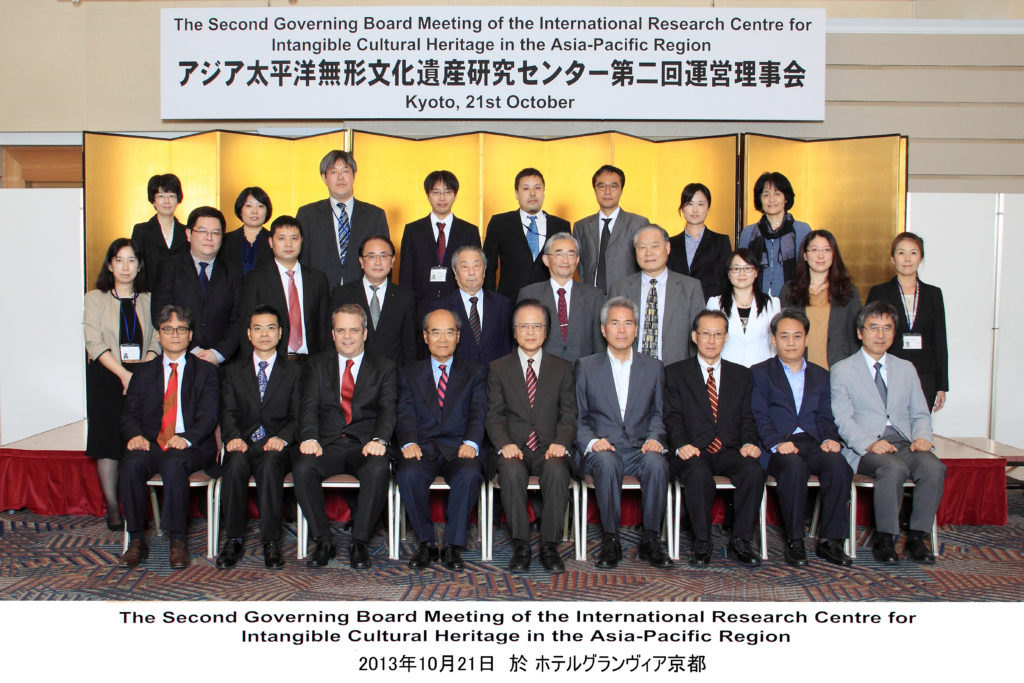 The second Governing Board Meeting was held on 21 October 2013 in Kyoto. The representatives from UNESCO and two of the governments of the Member States of UNESCO attended among the 9 Board Members. Additionally those from Ministry of Foreign Affairs, National Institutes for Cultural Heritage joined as observers.

IRCI’s Medium-term Programme, projects, budget were mainly discussed and approved, together with the following topics;

Work plan and budget for FY2013-2014
The priority areas of the projects to be conducted over the next two to three years were determined as Research for Safeguarding Endangered ICH in the Asia-Pacific Region, and Mapping Studies on the safeguarding of ICH in the said region. Seven projects will be established to accomplish results in these two priority areas.