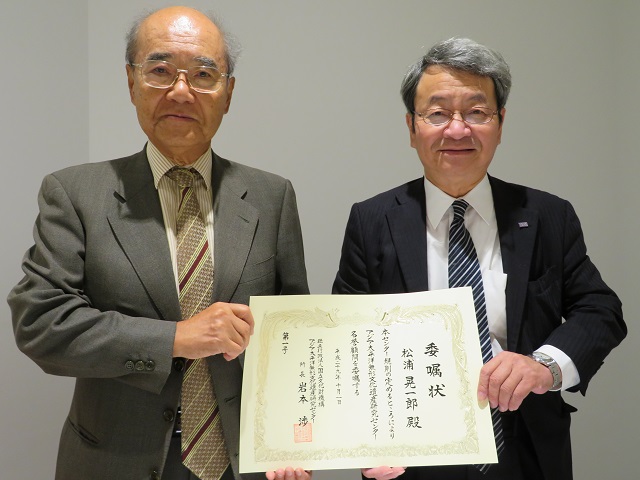 The Letter of appointment to an honorary advisor of IRCI has been handed over to Mr. Koïchiro MATSUURA, Former Director-General, UNESCO by Director-General of IRCI on 1 October, 2017.

Mr. Matsuura who had been a member of the Governing Board, provides as Honorary Advisor, IRCI with his support and advice on the operation of IRCI to IRCI based on his rich experiences and knowledge acquired through his career including Director-General of UNESCO.