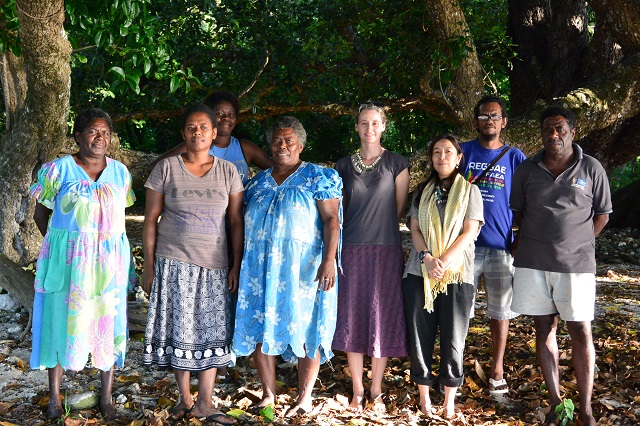 Since April 2016, IRCI has been implementing a new research project, “Preliminary Research on ICH Safeguarding and Disaster-Risk Management in the Asia-Pacific Region.” As an effort to understand the current situation of disaster-risk management (DRM) activities and ICH safeguarding in this context, as well as to develop cooperative networks with major research institutions in the region, IRCI’s research team visited Vanuatu and Fiji in late October.

In Vanuatu, Yoko Nojima (IRCI Associate Fellow) and Meredith Wilson (Stepwise Heritage and Tourism), who were sent by IRCI, had a series of meetings during 20-22 October 2016, with related organisations and researchers including Vanuatu Cultural Centre and the National Disaster Management Office. The team also talked with community-led organisations in the field of culture and heritage, to have better understandings of local perspectives and knowledge on natural disasters.

Subsequently, IRCI’s research team comprised of Yoko Nojima (mentioned above) and Tomo Ishimura (Head of Audio-Visual Documentation Section, Tokyo National Research Institute for Cultural Properties) visited Suva, Fiji during 24-26 October 2016. In Fiji, the team participated in the “Pacific Platform for Disaster Risk Management 2016” meeting (24-26 October 2016). This meeting, organised by the United Nations Office for Disaster Risk Reduction Sub-Regional Office for the Pacific (UNISDR Pacific) and the Pacific Community (SPC), was a great opportunity to understand regional perspectives for DRM, and IRCI’s presence was acknowledged in the session on cultural heritage (“Build Back Better and Heritage Safeguarding Strategy for the well-being of community in the Pacific”) organised by the UNESCO Apia Office. During this period, the team also had meetings with related organisations in Fiji for discussing the project and further cooperation.

It was the first attempt for IRCI to actively conduct a research project in the Pacific, and the visit to Vanuatu and Fiji was successful in assessing the current DRM situations in the Pacific and in establishing its cooperative relationship with local organisations for further project implementation.