IRCI Meeting for Study of Emergency Protection of ICH in Conflict-Affected Countries in Asia was held in Tsuruoka and Tokyo, Japan 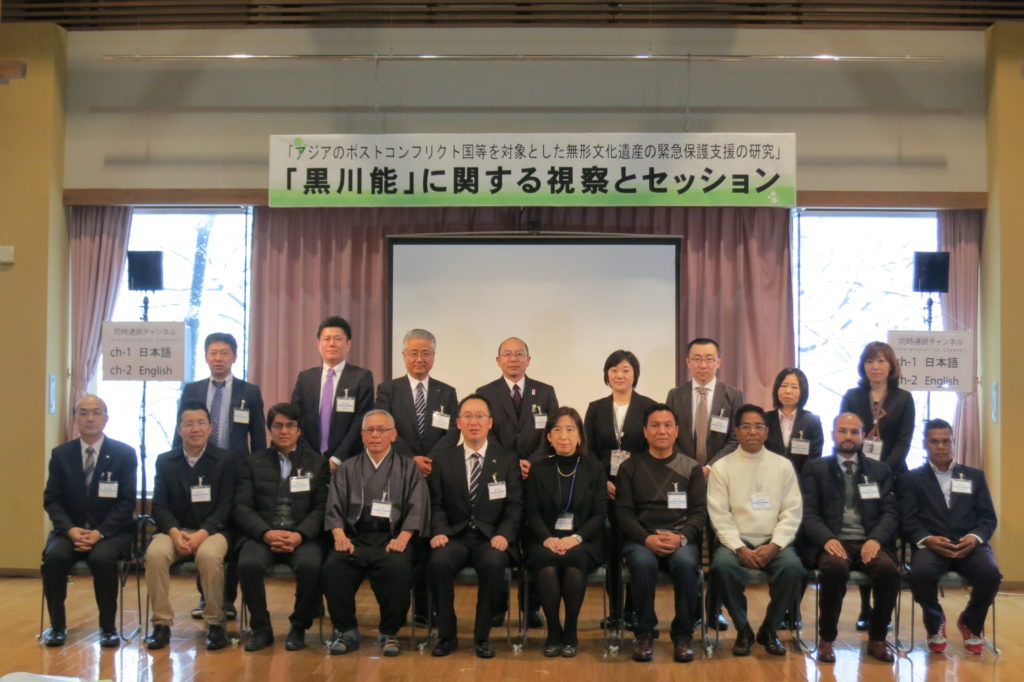 Intangible Cultural Heritage (ICH) faces the danger of extinction in conflict-affected situations, due to factors such as loss of lives and forced displacements. While the role played by ICH in recovering the community’s solidarity in emergencies has come to receive a greater attention, the detailed situations of ICH remain to be investigated.

IRCI’s project on Study on Emergency Protection of ICH in Conflict-Affected Countries in Asia started last year aiming to examine ICH under conflict-affected situations in three countries, Afghanistan, Timor-Leste and Northern and Eastern Sri Lanka, and to specify risk factors that threaten the viability of ICH thereby contributing to the development of the possible measures for ICH revitalization. In order to share the progress and outcomes of the pre-survey, and to conduct an orientation for the 1st-Round surveys in specified regions, IRCI organised a meeting from 10-11 December 2018 inviting 5 experts and government officials from Timor-Leste and Afghanistan. Prior to the meeting the participants visited Tsuruoka City to hold a session with members and successors of Kurokawa Noh registered in the national inventory of Japanese intangible cultural heritage to discuss about the community-led safeguarding and its challenges.